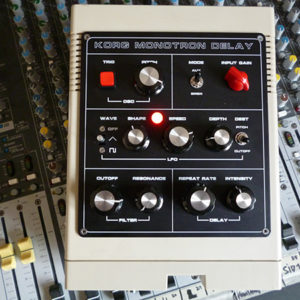 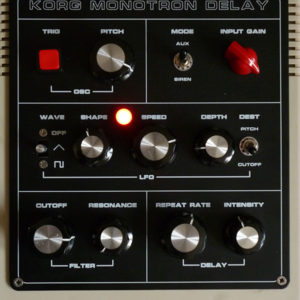 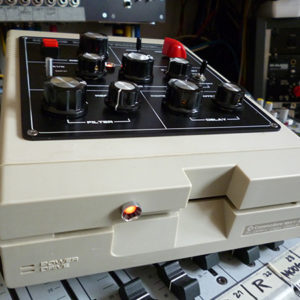 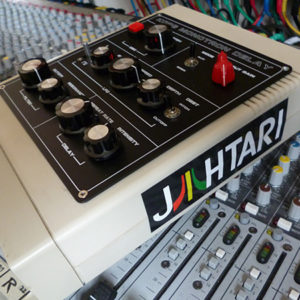 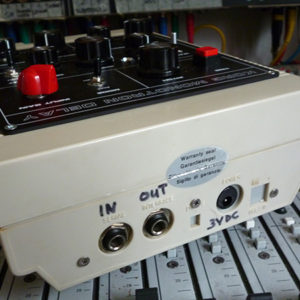 Practically used on every Jahtari track, record and live show of the last years this is the one unit we simply can’t live without.

If you’ve ever stumbled over one of the original Korg Montron Delays you can’t but help to admire the raw 1970s SciFi movie sound and overall concept: a dub siren and analog delay, all in one tiny unit – and for 40 EUR? What more can you ask for!

But its small size and budget-saving price definitely have their downsides: the knobs are ultra-flimsy and no fun to use at all, the batteries always seems to run out just during a set and it actually could have done with a few more simple extras, like a Resonance on the filter.

It also comes with an input for using it as a normal delay via an Aux Send on the mixer, but that input distorts instantly when a little bass is in the game (like in every Reggae and Dub record) plus there’s no knob for adjusting the Dry/Wet mix, turning it pretty useless for that purpose.

So the idea of the Jahtari editon was to use the  potential of this tiny vibes machine and turn it into something that can actually be used live and in the studio.

Luckily the Monotron comes already prepared for some serious bending, and the pimped up Jahtari edition now comes with the following
new extras:

Yes, the unit is pretty noisy and breathing with a healthy hiss, but that comes with the design. It’s actually a feature that can easily throw some badly needed dirt into too clean productions and turn somewhat boring songs into strangely unboring ones.

It’s a highly addictive fun unit and in the backpack for practically every Jahtari live gig and in use in almost every tune.

For more details, tips and tricks have a look at this little manual: